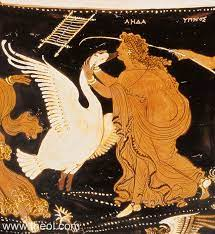 Carol Ann Duffy’s poem “Mrs Sisyphus,” portrays a man pushing a large stone up a hill while a female onlooker mocks the redundancy and stupidity of the task. The stone eventually rolls all the way back down the hill, and the man goes right down the hill and starts pushing the rock all over again. Duffy’s mocking of masculinity’s emphasis on physical strength lies in direct contrast to Western literature, which due to the historical prominence of men in literature, tends to focus more on the male perspective and overlook the female perspective.

Throughout most of history, men have tended to hijack the spotlight and promote male accomplishments and regulate women to domestic servants and objects. This includes the stories that were told, such as “Leda and the Swan.” In the story, Leda is a beautiful princess who goes to bathe in a lake. Zeus disguises himself as a swan and “seduces” her. In the “traditional” manner of this story, Zeus’s actions are justifiable and Leda’s perspective is largely censored. However, as the story has aged over time and social standards have begun to listen to womens’ perspectives, the story took a negative turn. William Butler Yeats wrote a poem about the tale of Leda and the Swan, depicting Leda’s seduction essentially as a rape and the act as much more catastrophic and violent.

If “Leda and the Swan” began to lose favor to the public eye, my immediate reaction was to think about the other stories in history that glorify bad actions. Christopher Columbus’s conquest of the Americas is a great example of another story that glorifies an objectively terrible act. The story of “Leda and the Swan” and it’s fall in favorability prompts the question: Do we need to reorient our perspective on history as a whole to focus on the voices of those oppressed? The transition to focusing on Leda’s perspective in the story could be applied to any work of fiction or nonfiction throughout history. Should we reorient our perspective in The Great Gatsby to focus more on Daisy’s perspective? Should we focus more on Phoebe’s perspective in The Catcher in the Rye? Due to the traditional prominence of men in literature, virtually every story shuns the female perspective. I think that the answer is yes and no. When we read, we don’t necessarily have to dismiss the male-dominated perspective, as that perspective may provide insight and knowledge. However, we must always think about the perspectives we don’t see, and question the perspectives of all characters regardless of gender, race or socioeconomic status. 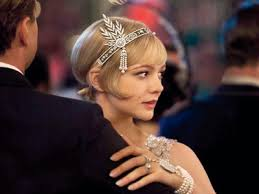