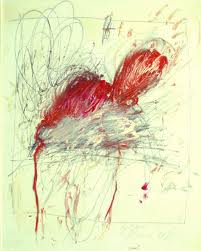 The idea of gender is not a concept humans must follow. When thinking biologically men and women are different in ways far more numerous than just genitalia. Whether it is muscle mass or sensory abilities, biological boys are different then biological girls. In the case of The Round House the male characters are protectors and perpetrators of violence on women, in the case of “Iron John” boys are more wild and untamed than their female counterparts.

Gender is not a new character trait in literature. All text through the ages have shown gender as a main trait in characters and their stories. Leda in Leda and the Swan story shows its female character as a mother, impregnated by a masculine god. These two culture setting texts show their gods as strong men conquering women with their seed. In “Leda and the Swan,” W.B. Yeats writes, “mastered” and “broken” when referring to Leda. This language teaches readers to view women as a trophy, a goal or challenge to be conquered. The swan, Zeus, is not graceful nor consensual in its impregnation of Leda being written as “glory” and “great” the ancient poem doesn’t portray this rather it shows zeus as undeniable and Leda as “helpless.” “Leda and the Swan” lays the groundwork for much of Greek literature most notably being the beginning of the many love stories around the Troy war.

Now what does this mean in a modern lens, Zeus doesn’t stick around for his children’s birth, Zeus did not see Leda apart from her beauty, Zeus is shown as nothing more than a conqueror. As a mythological story the  dark message is unavoidable, Zeus (man) is a conqueror while Leda (woman) is the conquered. When developing characters the author has a choice, create a character or base a character. Many texts create entire cultures and subcultures. At what level does a text influence a culture? How can an author plan to change a culture through text? Did the creation of the Leda and swan myth write based on a male oriented culture or create the narrative portrayed in the poem?

Chimamanda Ngozi Adichie writes “Culture does not make people. People make culture.” In “Leda and the Swan,” Leda is shown as both physically and mentally more frail than Zeus. As the human body develops away from its barbarous single goal of reproduction so can change so can the mind, and with the mind the culture can too. What came first, the story or the content?