Angela Davis’s Freedom is a Constant Struggle focuses on the intersectionality of black women and how their identities of being racial and gender minorities overlapped and influenced one another. Davis uses this lens to discuss the prison system and how she observes that trans prisoners and trans women have worse living conditions in prisons. This observation reminded me of the real world, where trans women also struggle to obtain higher employment in society. This line of thought prompts the question: How do prisons reflect our society and how does gender manifest in prison?

CeCe McDonald is a black trans woman who was walking home with four friends one night where she was met with some male attackers, who yelled slurs at her. In an effort to defend herself, she stabbed and accidentally killed her attacker. She was sentenced to second degree manslaughter and spent 41 months in a men’s prison. This story perfectly encapsulates how gender is suppressed by society and how certain “abnormal” genders are targeted. McDonald’s experiences as a black trans woman were not understood by the justice system. The judge did not understand the struggles of her intersectionality, so they were unable to grasp that McDonald stabbed her attacker out of a fear for her life. To add insult to injury, the court sentenced her to stay in a men’s prison. The justice system is made to cater to gender identities that are more accepted in society, such as being a heterosexual man. When people such as McDonald enter into the courtroom, the law has no idea what her experiences are or how to integrate them into a potential verdict. This lack of understanding doesn’t allow the courts or the prisons to cater to her specific identity as a woman. As a result, the prison system treated her worse than a cisgender man by placing her in a men’s prison. 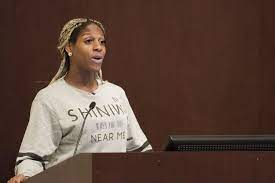 McDonald’s experience isn’t unique: Prisons are built to strip people, especially women, of their gender identities because it is what makes them powerful. This relationship can be seen in Edwidge Danticat’s “1937”. The story features a woman going to visit her mother in prison, who is incarcerated because she is suspected of being a witch who kills babies. The narrator’s mother is treated very poorly by the guards, but more specifically, the guards try to remove the aspects of her gender. They shave her head to make her look like a man and they pour cold water on her at night so she cannot form her flaming wings and fly away. The guards shaving her head and pouring water on her are in an effort to remove her strength. By pouring the water, they are trying to take away her “superpowers” and by shaving her hair, they take away her ability to express her gender. This raises the question of why the guards would want to weaken her? The reason is not because the stronger guards want to abuse the weaker prisoners. The reason is because the weaker guards want to attempt to contain the stronger prisoners. The women imprisoned in “1937” have survived an oppressive military regime, something that the guards and government would view as nearly impossible. This fear of the power of the surviving women motivates the guards to remove everything that makes them powerful, including their gender, in an effort to stop the women from using their power to act against the government. 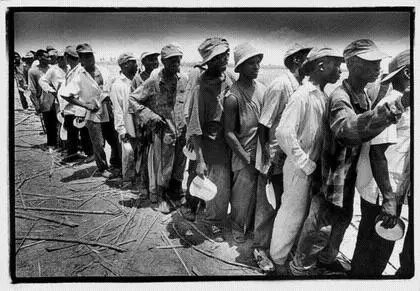 Prison is fundamentally trying to stop powerful people that society views as “dangerous.” However, this relationship essentially means society gets to decide who is imprisoned. That’s why in more socially repressive societies, things like homosexuality are offenses that can be punished with jail time. The consequence of this power dynamic is that anyone who doesn’t fit into society’s definition of “safe” will be more likely to be subjugated by the prison system. For this reason, prisons are a reflection of how society views certain people, actions or traits. If society likes a certain trait, they will be supported by the law. On the other hand, if society doesn’t like something, including someone’s gender, they will send them to prison to remove these “imperfections.”